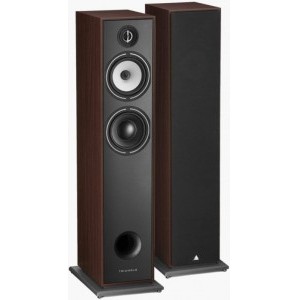 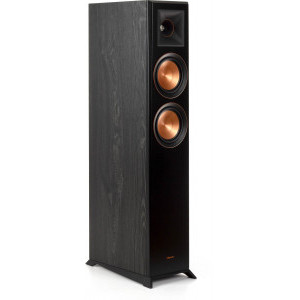 In this review, we will be comparing specifications of Borea BR07 and RP-5000F, two Floor-standing speakers from Triangle and Klipsch.

Let's have a brief look at the main features of Triangle Borea BR07 and Klipsch RP-5000F before getting into our more detailed comparison.

Let's read on the following sections in order to better understand in detail how Triangle Borea BR07 and Klipsch RP-5000F compares and hopefully end up with enough arguments to decide which one is better for you.

One of the fundamental differences between these two speakers is that Borea BR07 is a 3-way design whereas RP-5000F is a 2-way speaker. 3-way designs utilize a midrange driver in addition to the tweeter and woofer on 2-way designs. Designing a crossover for a 3-way speaker is a complicated process and generally increases the overall cost of the speaker. Borea BR07 features a 1" Tweeter , a 6" Midrange and 1 x 6" Woofer . On the other hand, RP-5000F features a 1" Tweeter , a " Midrange and 2 x 5.25" Cerametallic Woofer .

Borea BR07 and RP-5000F has the same Impedance of 8 ohms but where they differ is the sensitivity levels. Borea BR07 sensitivity is rated at 91 dB and RP-5000F's is at 96 dB. This 5 dB difference makes Klipsch RP-5000F a more sensitive speaker compared to Triangle Borea BR07, hence will play louder with the same amount of watts.

Borea BR07 has a front firing port whereas RP-5000F has a firing ports.