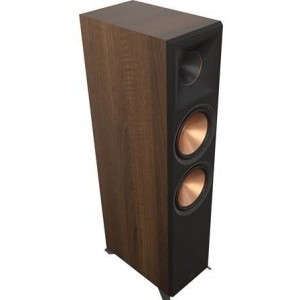 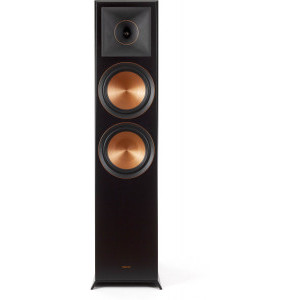 The size of the room that you are planning to use these loudspeakers is an important decision factor. Here we have compared their suitability to various size of environments considering their size and max power parameters:

In the following sections, we will get into details in order to better understand how Klipsch RP-8000F II and Klipsch RP-8000F compares and hopefully end up with enough arguments to decide which one of these loudspeakers is the better choice for you.

**This post contains affiliate links and I will be compensated if you make a purchase after clicking through my links. As an Amazon Associate I earn from qualifying purchases.

Below graphs depict how these two speakers compare with the max, min and average values of the Min and Max Frequencies of other speakers under Floor-standing class in our database.

None of these speakers achieves full range experience which is commonly agreed as 20Hz-20kHz. In order to achieve lower lows / deeper bass, we recommend you to pair these with a subwoofer.Visit our Powered Subwoofers section to find out more about the available options.

Power range is the range of input power in watts RMS that a loudspeaker is designed to handle. While using an amplifier within this range ensures the nominal performance , inputting a power that is higher than the max wattage can result in a damaged speaker.

Keep in mind that higher max power handling value doesn't necesssarily make that a louder speaker compared to a lower max handling speaker. Loudness or the sound level is also impacted by parameters such as Impededance, sensitivity and system efficiencies.

Both RP-8000F II and RP-8000F have rear firing ports. Rear ported speakers generally need more room between the backside of the speaker and the wall compared to sealed and front/bottom ported speakers. Placing too close to the walls may cause the bass to sound boomy.

Weight of a loudspeaker can become an important factor if you need to move and reposition the unit often. Weight of a speaker can also "sometimes" be an indicator of the rigidity of the enclosure and the quality of the internal components used. The Klipsch RP-8000F II weighs 28.00kg / 61.6lbs and the Klipsch RP-8000F weighs 27.27kg / 60lbs. This makes the RP-8000F II 3% heavier than the RP-8000F.

Here is a comparison of how RP-8000F II and RP-8000F's weights compare with the average, max and min weights in Passive Floor-standing class.

Here are the items that are included inside the box of RP-8000F II:

Here are the items that come with the RP-8000F: