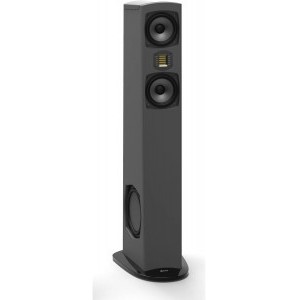 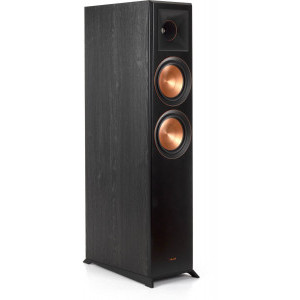 In the following sections, we will get into details in order to better understand how GoldenEar Triton Seven and Klipsch RP-6000F compares and hopefully end up with enough arguments to decide which one of these loudspeakers is the better choice for you.

**This post contains affiliate links and I will be compensated if you make a purchase after clicking through my links. As an Amazon Associate I earn from qualifying purchases.

Below graphs depict how these two speakers compare with the max, min and average values of the Min and Max Frequencies of other speakers under Floor-standing class in our database.

Power range is the range of input power in watts RMS that a loudspeaker is designed to handle. While using an amplifier within this range ensures the nominal performance , inputting a power that is higher than the max wattage can result in a damaged speaker.

Triton Seven can handle a max power of 300 watts RMS from the amp the whereas RP-6000F has a max power handling value of 125 watts RMS, 175 watts less than the Triton Seven.

Keep in mind that higher max power handling value doesn't necesssarily make that a louder speaker compared to a lower max handling speaker. Loudness or the sound level is also impacted by parameters such as Impededance, sensitivity and system efficiencies.

Both Triton Seven and RP-6000F have rear firing ports. Rear ported speakers generlly need more room between the backside of the speaker and the wall compared to sealed and front/bottom ported speakers. Placing too close to the walls may cause the bass to sound boomy.

Klipsch RP-6000F is 30mm narrower and 19mm shorter than GoldenEar Triton Seven but it is also 63mm deeper.